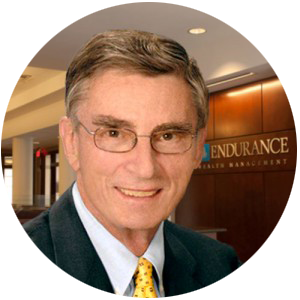 Tom Gardner directs the Compliance function for Endurance Wealth Management as well as other operational responsibilities. With over sixty years in the financial services and investment fields, Tom provides a seasoned approach to all matters financial. He was the Sales Manager of the Government Bond Division at Morgan Guaranty Trust; the Senior Vice President in charge of the Treasury Division and Asset and Liability Management for RI Hospital Trust; and an investment consultant to a major investor in small and medium sized business.

Tom was the interim director of the Depositors Economic Protection Corporation; a consultant to the Governor of Rhode Island and Deputy to the Executive Director of the Rhode Island Economic Development Corporation. He has also been appointed to various committees by the Governor and the Mayor of Providence. He has been on the Board of Directors of several small and medium sized private businesses and one publicly owned corporation and was appointed interim CEO for two companies. Tom has provided his leadership skills to several non-profits.

Tom earned his BA at Williams College and his MBA in Economics at New York University.

Tom is married with two children.